I’ve been wondering how it’s going to be possible to carry on writing a travel blog without actually being able to travel.

It’s fair to say that there’s a certain irony at the moment, in creative terms at least.  More time to harp on but fewer experiences to tell you about. Indeed, as the weeks go by, I have been worrying that I might start to run out of things to write.  I have also been concerned that quite a lot of what I have been saying – particularly about myself – has been rather negative.

But I love my Sunday afternoon outpourings so for this post I decided I’d try something different.

When I considered what positive things I could tell you I thought about what has happened this week that made me smile.

And when I contemplated them I realised that they were all linked to the things I love in life.

So then I started to reminisce about all the gorgeous times in my travels I’ve been able to indulge in my passions.

Sure, it’s a heckuva gimmick, but when I saw this earlier this week it made me grin from ear to ear and I simply had to have it.  I know – I’m such a child!

But what could be lovelier than pasta planes, trains and cars?  Oh and I think there are some motorbikes in there too!

It made me start remembering all the amazing food I’ve eaten over the years in some truly magical places while I’ve been meandering about the world.

When I travel sometimes I eat in nice restaurants.  Other times it’s about sampling street food or having an impromptu picnic in a patch of sun.  All of these things make such indelible travel memories.

I thought about the evening I went on a dinner cruise in Stockholm.  A white linen table cloth and a napkin laid on my knee for me, silver service, four courses with drinks pairings.  I was taken very good care of that night.

On the flip side there was the time I went to the Mercado la Boqueria in Barcelona in search of breakfast and somehow ended up with a dirty veggie kebab.  I had actually pointed to something vaguely saladdy-looking but the stall owner decided I needed something filthy. Perhaps I looked like I had been up all night raving and needed the sustenance?  Who knows – but it was a shame to waste it!

Then I remembered Christmas Dinner in Berlin – a whopping seven courses in one of its finest vegan restaurants.

Of course I’ll never forget the time I was walking around the harbour in Helsinki eating a yummy cinnamon bun from a traditional bakery when a seagull stole it clean out of my hand.  Cheeky sod should have bought his own!

I can still taste the wonderful flavours of the pesticos in Porto.  I’d never heard of them before but I won’t forget them in a hurry.

There was the picnic on the beach in Busan, the saffron gelato in Siena, the twirly potato thing on a stick in Kyoto, the exquisite chocolate cake topped with gold leaf in Germany, the pizza I made myself in Rome, the savoury strüdel in Budapest, the self-barbecued Barramundi in Uluru, the vegan breakfast with the exclusive view in Montenegro, a champagne cream tea in a park in Melbourne, tapas and a sherry flight in Hull, not to mention the obscene knuckle of pork I managed to dodge in Bucharest, instead opting for vegetable stroganoff and tomato salad. Likewise, I wasn’t so keen on the ostrich egg concoction in South Africa.

I’ve fine-dined at one of San Francisco’s top restaurants.  It cost an eye-watering amount of money but it was worth every cent – and then some.

And one of my most memorable meals was at the seaside in Sopot, Poland when I found a restaurant on the beach which was queueing out of the door on a Tuesday lunchtime. It had to be good, right?! Despite the language barrier – they didn’t speak English, I don’t speak Polish – somehow, with some pointing and nodding and shrugging and guessing I ended up with a plate of fish, chips and coleslaw which I ate on the beach washed down with tea served with a slice of lemon in a half-pint pot like my dad used to have.

This week I finally took delivery of an album I bought back in March.  I had ordered it to be delivered to my work address but the lockdown came and so it’s been sitting there all by its little old self waiting for me to take it home and play it. 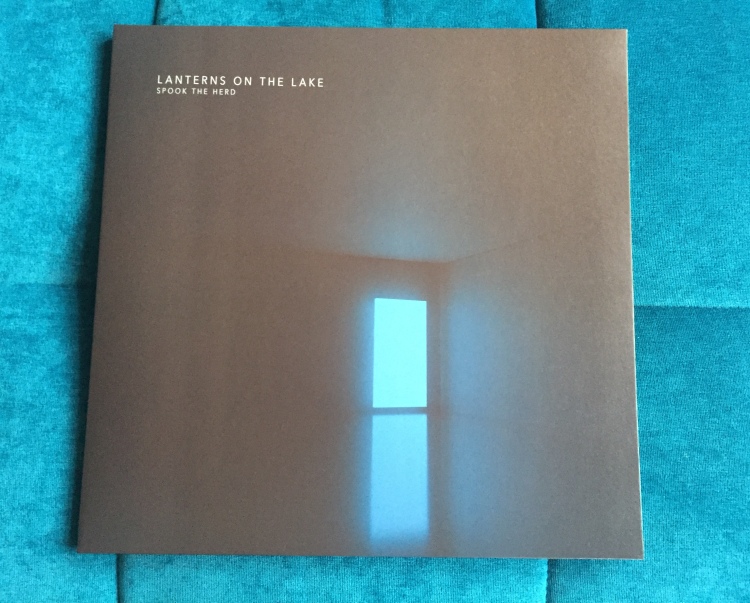 When it comes to travel, all that afore-mentioned eating can sometimes get too much – but trying to find fun things to do as a solo female in an unfamiliar place on an evening can be tricky.

So music – specifically a concert – is always a winner.

I sometimes go to watch bands play who I wouldn’t normally see at home.  At the very least if they’re in town at the same time as me then it’s quite comforting to see familiar faces in strange places.  And quite often they surprise me.

Some of the more interesting gigs I have been over the years include Kings of Leon in Vienna, American Authors at a tiny venue the size of someone’s kitchen in Germany, Daughter at a converted church in Edinburgh and Foo Fighters and other notable rock bands play a one-day festival on a beach in Finland.  I’ve even been to a classical concert at the Berlin Philharmonic. 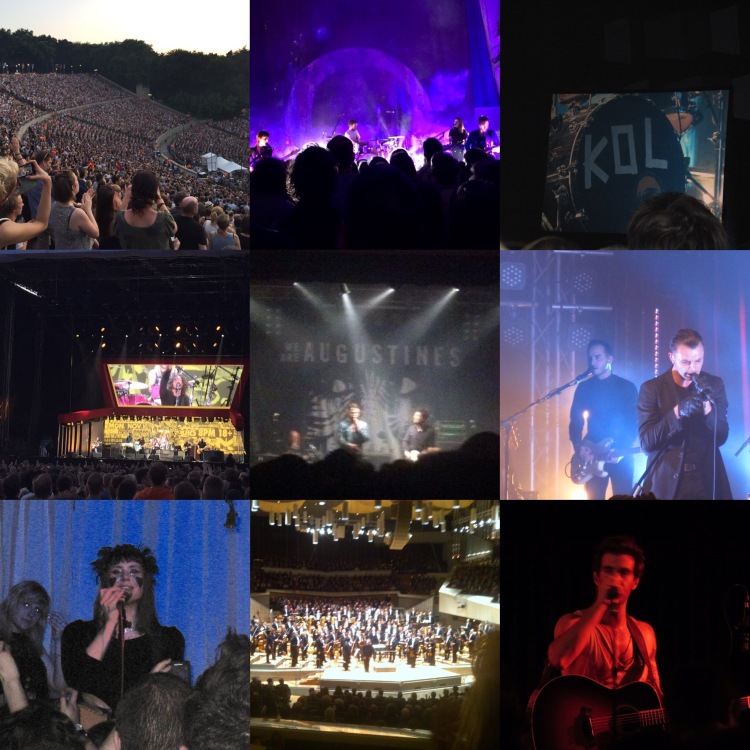 Of course, the other great thing about going to see live music in a foreign place is that there’s no language barrier.  Music speaks for itself.

A few days ago this arrived in the post from my friend’s daughter. 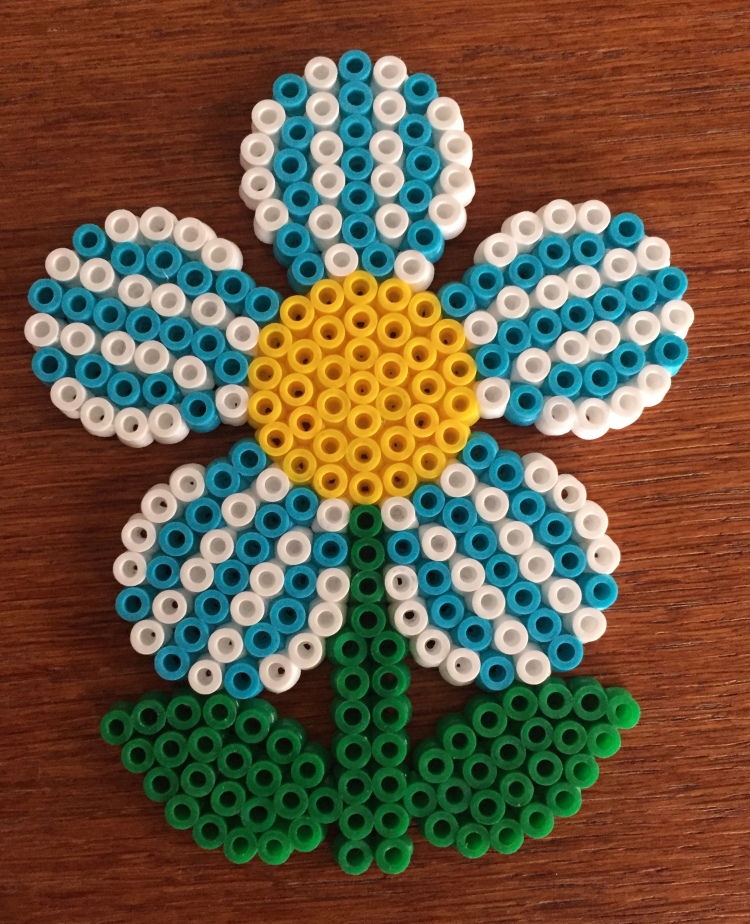 It really made me smile and it has taken pride of place on the shelf next to my houseplants.  I’m very much a green welly girl and, living in a flat at the moment, I so miss not having a garden.

Whenever I am travelling, regardless of the type of trip I’m making, I always make sure I seek out some green space.  Being immersed in nature is my favourite thing of all and although I love a city break, it’s the time spent away from the crowds and among flora and fauna that makes me feel truly happy.

The flower from my friend’s little girl took me back to all the wonderful places I’ve walked around and explored over the years.

There have been some truly memorable walks along coastlines in Portugal, the east coast of Scotland and in Northern Ireland – I felt particularly blessed to make it to The Giant’s Causeway.

I’ve sat under trees, laid on grass, smelled flowers and swum in lakes, rivers and seas.

When it comes to animals, I’ve been on game drives in South Africa and Botswana where I’ve seen zebras, giraffes, lions and even a leopard.  I’ve been bird-watching at the Farne Islands, done whale watching in Madeira, been croc-spotting in Cairns, fed the deer at Nara, seen albino peacocks in Germany, elephants in the wild in Zambia and I almost cried when I spotted a cute white rabbit making a run for it in Athens.

I’ve swum in the Zambezi river while spying hippos in the distance and I’ve been to a koala sanctuary in Brisbane.  I’ve seen a snake and a poisonous spider in Australia, neither of which were particularly welcome, but was so happy to Find Nemo while snorkelling at the Great Barrier Reef.

I’ve been to Yosemite National Park, which was a dream come true – and one of my biggest travel surprises ever was my visit to the top of Mount Fløyen in Bergen which was so incredibly beautiful that my plans to visit museums later that day got shelved in order to walk, walk and walk some more while breathing in beautiful crisp, calm air.

Reliving these travel memories have made me realise just how fortunate I am to have witnessed such amazing things and to understand that nothing can ever take away from me what I have seen and felt and experienced.

Lockdown is hard for us all, regardless of our own particular circumstances.  But I suppose this week I’ve started to realise that now, more than ever, we need to count our blessings because we’re in it for the long haul.  (I still remember when ‘long haul’ meant a flight, haha!).  It is also giving us all time to take stock and to start to get to grips with who we truly are and what our lives means to us.

Gosh, that all sounds a bit deep!

I hope that you and your loved ones are keeping as healthy and happy as you possibly can right now.

We still have a long way to go.

But it will all be okay in the end.

And if it isn’t okay then it isn’t the end.

Much So Long Love to you all

Hi. I'm Shauna, a 50-something solo tripster. By tripster I mean part-time traveller. solong.blog is an amalgamation of plenty of personal rambling on my experiences when travelling on my own, how I feel, where I've been and what I've seen, and advice on how to go solo if you've never done it before but always wanted to try. After all, if I can do it, anyone can! View more posts