Today is Census Day in the UK.

I’m quite sure you know that it takes place every 10 years and that the official line is it’s to help organisations make future plans for services such as transport, education and healthcare.

My own opinion is that it’s slightly more involved than that and that its purposes are not quite so wholesome. However, as you know, I prefer to avoid politics on my blog as they make me quite cross – and I’m cross enough already.

So instead of delving into all that I’d like to tell you about a memory from my childhood.

I recall the 1981 census very clearly. My father was a young man living in a rather run down council house with his wife and two children, doing everything he could to make a better life for all of them. He worked on the census in his spare time to make some pretty good extra money.

He walked door to door handing out the forms and then a few days later went back to collect them, tucking them in to his lovely leather briefcase. I went with him. I don’t remember where we went but I know it must have been very near to where we lived because we didn’t have a car in those days. I was a timid child and I can still remember being terrified of all the big doors, the rattling garden gates and the barking dogs. Dad told me that THE CENSUS was VERY IMPORTANT and that the information people put on their forms would be counted and read in THE FUTURE. It all felt very exciting but also quite frightening.

Fast forward forty years. Today’s figures will record a snapshot of life in the UK (minus Scotland which has, sensibly, decided to defer for a year because of the pandemic). The data will be calculated once, twice and thrice, ready to slice and dice.  It’ll be scrutinised, analysed and utilised.

It will also be available for future generations to look up their ancestors and understand their family lines.

But data isn’t anecdotal. It might give you an outline but it doesn’t do any of the colouring in. People need the shades and the hues to truly understand where they have come from.

It goes without saying that when it comes to genealogy, there will be no one around to look up their granny in my family but I suppose there might be someone on my brother’s side who decides to delve in to their history and discovers that there was once a mad old auntie who lived alone and never had any kids.

They may find out that Shauna K Long lived here, did that and identified as something else. (Important note: I put my national identity as ‘European’. I’m dubiously ‘British’ and I’m definitely not ‘English’. I jumped through hoops last February to get one of the remaining burgundy passports and I didn’t do that for no reason.)

I digress. The bare facts on a form can’t even begin to tell a life story.

So here’s a snapshot of Shauna K Long as of today.

Reasonably good at eating well but terrified of exercise

Tipping the scales at 12st 9lb

Running out of hope; wondering how much life I have left

Dismayed that I haven’t been on a plane for almost two years. 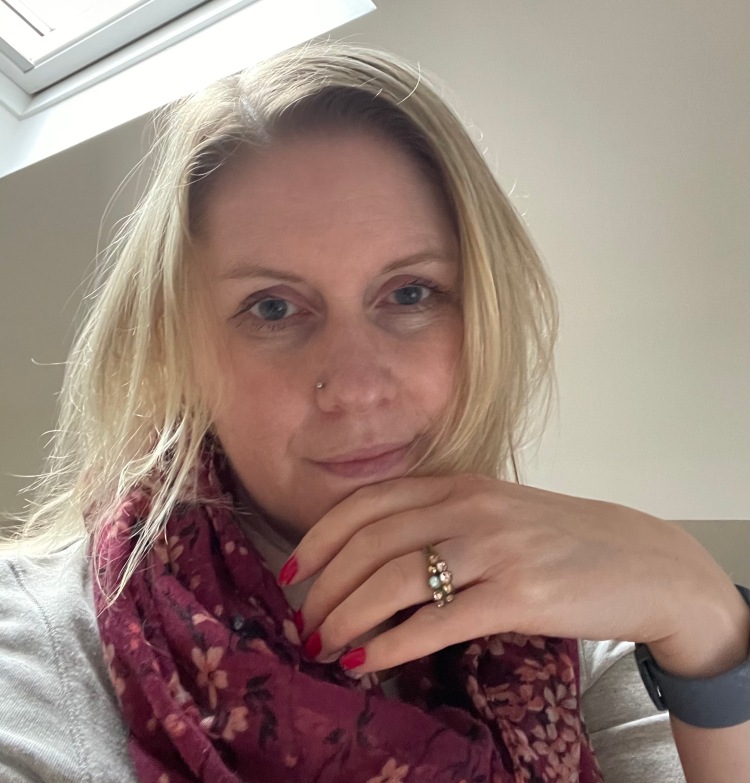 A homeowner (of a different home)

Single-ish (but still had plenty of options)

Childless (but hadn’t given up hope of becoming a mum)

Employed (but being bullied and feeling jolly unhappy)

Awash with hobbies and interests

Just starting to really enjoy getting on a plane alone.

According to reports, there is unlikely to be a 2031 census since the plan is to collate data from other means (I dread to think where).

Nevertheless, that got me thinking. What will 2031 look like for me? Of course, I can’t possibly know. My overall feeling is that I might not be here in ten years’ time. But if I am, what then?

Interestingly, it did bring something to the fore which I have previously struggled with.

I have never really wanted anything much for myself my whole life. Perhaps that explains why I have achieved so little.  But the past couple of years have certainly changed everything and now I find myself thinking about the possibilities.

So, what would I like for myself for the future?

Assuming that there is a Census Day in ten years’ time and assuming I’m still living and breathing, this is what I’d like to be reporting:

I’d like to still be living in this house – or one like it. A bit frayed around the edges – but home. If I’m still here I’d like to have had enough money to make a few basic repairs and maybe get some decorating done. I enjoy it here but old houses need work and plenty of TLC.

Next up, I’d like to have finally made it to the top of the waiting list for a nearby allotment. When I registered last year I was told the waiting time would be “ten plus years” and I did comment that I’d probably be “more zimmer than strimmer” by then!

I’d like my little cat to still be here though I am realistic about this one. If she is still around she will inevitably be slowing up, teetering about on her lovely little paws and spending most of the day asleep in one comfy chair or another.

Of course children will never be an option for me now. I know that and have accepted it. But I have a new niece of whose life I am already a big part (despite the restrictions). I’ve told her that there is only room for one crazy lady in our family. I’m hoping that in the future she will love and appreciate me for all that I am and adore the stories I have to share with her, much as my mum did with me.

When my wounds have finally healed I’d like to maybe have a fella who joins me at the afore-mentioned allotment on a weekend and then we take home armfuls of vegetables and cook them for dinner. He stays the night and then goes back to his own life. Or perhaps it will be the other way around and he will have a garden of his own and I will help him and then we will spend Saturday night side by side, telling stories and sharing love, comfort and warmth.

One of my biggest dreams is to have finally made a career out of writing in some form or another, throwing my life and soul in to my work. To share meaningful words which are making a difference to people’s lives (and paying my bills!) would certainly make me feel that my life had finally fulfilled the purpose I’ve always sought.

As 60 approaches I’d like to be living well, eating well, enjoying exercise and be living life full of hope.

Finally, I’d love to still be travelling – solo or otherwise.  My original aim of 50 before I’m 50 (see Fifty before I’m 50) will surely not come to fruition now. Similarly, 60 before I’m 60 also feels unlikely – but it feels good to at least have something to aim for.  To still have the energy and appetite for seeing, doing, learning and exploring, to have the buzz of turning an unknown corner and experiencing something new and unexpected, to feel the rush of adrenaline doing the one thing that truly scares me and at the same time I completely adore all in one hit, well that would be just the best thing ever.

None of these things seem like a lot to ask.  And at the same time, they do.

More than anything I’d like to feel safe and be happy with my lot. I’d like to be comfortable in my skin once more. To be free from worry, from self-loathing, to have made peace with myself, to love myself for me.

By complete coincidence I came across a poem today and I’d like to share it with you:

Love After Love by Derek Walcott

The time will come

you will greet yourself arriving

at your own door, in your own mirror,

and each will smile at the other’s welcome,

You will love again the stranger who was yourself.

Give wine. Give bread. Give back your heart

to itself, to the stranger who has loved you

all your life, whom you ignored

for another, who knows you by heart.

Take down the love letters from the bookshelf,

the photographs, the desperate notes,

peel your own image from the mirror.

Sit. Feast on your life.

I’ve spent much of the past year believing that my life is most probably over. My biggest fear has been – and still is – that I won’t ever be able to do again the things that truly make me me, and that the person from ten years ago is gone forever.

Yet still the glimmer of hope remains.

The fact is that somehow, despite all the gloom, and the hurdles which I will inevitably have to face in the coming months, something is telling me that I’ll deal with it. I’ve had a tumultuous life. The past couple of years have been particularly difficult, admittedly brought on by my own stupid fault. But I’ve made it through all that. And I’ll make it through all this.

And if I don’t then at least I kept going, kept pushing forward and kept my chins up, up, UP.

Put THAT on a form!  There are an awful lot of things a census cannot count.

Okay, that’s enough for today. Stop reading and go tell them your details, if you haven’t already.

I hope you’re all keeping well.

One thought on “My Long life, hopes and dreams on Census Day”