At this very moment in time I am holed up in my kitchen in my teeny tiny little doll’s house while the few windows and doors that are still intact are rattling crazily in the force 10 gale that is tearing through he place.  Yes, I’m having double glazing fitted slap bang in the middle of Storm Doris.  It could only happen to me.

This got me thinking about all the inclement weather I have ever encountered when travelling and how I’ve coped with the elements – or not, as the case may be.

The weather can really make or break a trip so it pays to think about it before you go.  Of course, the best way to avoid bad weather is to do your homework – read up on where you’re going, and when, and follow other travellers’ advice.  Quite often low season can make for a better trip – it’s less crowded and flights and hotels are cheaper.  But you need to be prepared.  This, I will admit, is not something I am very good at.

Let’s take a look at what I’ve experienced over the years on my solo adventures and how you might deal with similar situations.

I’ve lost count of the number of times I’ve been caught out in the rain while travelling.  And no, I haven’t learnt my lesson yet. From swimming in the middle of a downpour in Cairns, to making an entire walking group in Stockholm wait for me while I bought an umbrella to spending all day in torrential rain at Nikko in Japan to getting caught in an absolute cloudburst at a park (aka disused airfield) in Berlin so that my white blouse went completely see-through to walking around a village on Loch Ness with a blue plastic carrier bag wrapped round my head, there is no type of rain that I haven’t encountered while travelling – and no end to the creative ideas I have come up with to deal with it and/or get out of it.

My advice to you, the sensible traveller, unlike me who always thinks it isn’t going to rain and invariably ends up soaked to the skin, is very simple.  Wear a waterproof coat and shoes.  Take an umbrella.  Take a hat to wear in case it’s too windy or it’s inappropriate to use an umbrella.  Wear waterproof mascara.  Shelter wherever possible.  And have a list of wet weather contingency plans in case it really is too grim to do all the outdoorsy things you’d planned.

Yes, it was pretty.  Very pretty.  But it took me 36 hours to get to the city; I finally arrived
in the early hours of what should have been my third day, without any luggage which, in its wisdom, decided it would rather spend two days in Amsterdam.  There was so much snow that walking about was difficult, public transport ground to a halt and I didn’t get to see the famous tiled roof of St Stephen’s Cathedral.

Not much you can do about this one except embrace it and do the best you can.  Wrap up warm, enjoy the attractions you’d hoped to see, albeit covered in snow, take some nice photos and enjoy plenty of hot drinks.  Accept it as pretty disastrous but magical in equal measure.

This one is more difficult than you’d imagine.  The day I left Australia to fly home was the hottest December day in Adelaide for 80 years.  It was absolutely unbearable and I ended up spending my last day in Australia in an air-conditioned shopping centre before standing in the shadow cast by traffic lights when waiting to cross a road to a wonderfully cool covered food market, wherein I whiled away the afternoon sampling the local produce.

My advice is to choose the time of year you visit carefully but if it is extremely hot while you’re in town then stay out of it as much as you can.  Wear loose and cool clothing made of natural fabrics and apply plenty of sunscreen to any exposed areas of skin.  Stay indoors as much as you can during the hottest hours of the day and move to the shade as much as possible when outdoors.  Drink plenty of water.  And be realistic.  Hectic itineraries will need amending.

Fog is a bugger.  Fog ruins everything.  Fog completely wipes out that incredible view you’ve spent your whole life wanting to see. Nothing you can do about it other than pretend you’re in an atmospheric movie and then head to the nearest bar to get drunk in the hope that it might eventually lift and that you might still be sober enough to see what you’re actually supposed to be looking at. 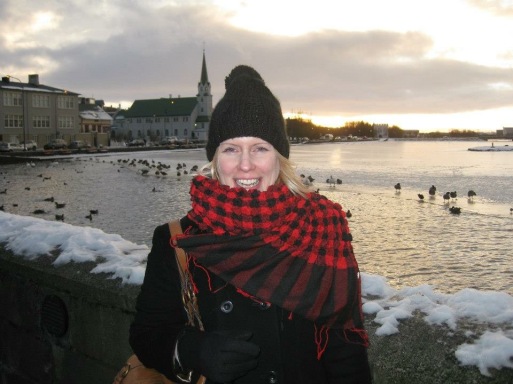 Well who’d have thought it?!  No but seriously, although New Year in Iceland was pretty bloody incredible, the weather was something else.  As a place to party at New Year, Reykjavik was unreal but if you’d wanting to strike out and see Iceland’s jaw-dropping lunar landscapes, winter is not the time to do it.  It’s really bloody cold and the wind cuts through you like nothing else I’ve ever experienced. Even wrapped up warm, from a practicality point of view, forget it.  With only four hours of light each day and many roads closed because of the conditions, winter
in Iceland is a bad idea.  Towards the end of my trip it had warmed up enough to go swimming at the Blue Lagoon.  In fact it felt really quite mild that day.  So imagine my surprise when I discovered it was -6!  If you’re insistent that you’re going in the winter then thermals, thermals, thermals, layers and more layers, a woolly hat (no, I don’t do hats either – but I did in Iceland) and plenty of Brennivin (the local firewater) should do the trick.  But be realistic about the amount of ground you’re going to be able to cover and, most importantly of all, take on board local travel and weather advice.

So there we have it.  My pointers for travelling in all weather conditions.  Put simply, do your homework, go prepared and, most of all, do as I say and not as I do.  Heed all of this and you should be absolutely fine – there is no reason as all why Doris and her pals should get to ruin your trip!

One thought on “Rain supreme: how to deal with bad weather on your trip”